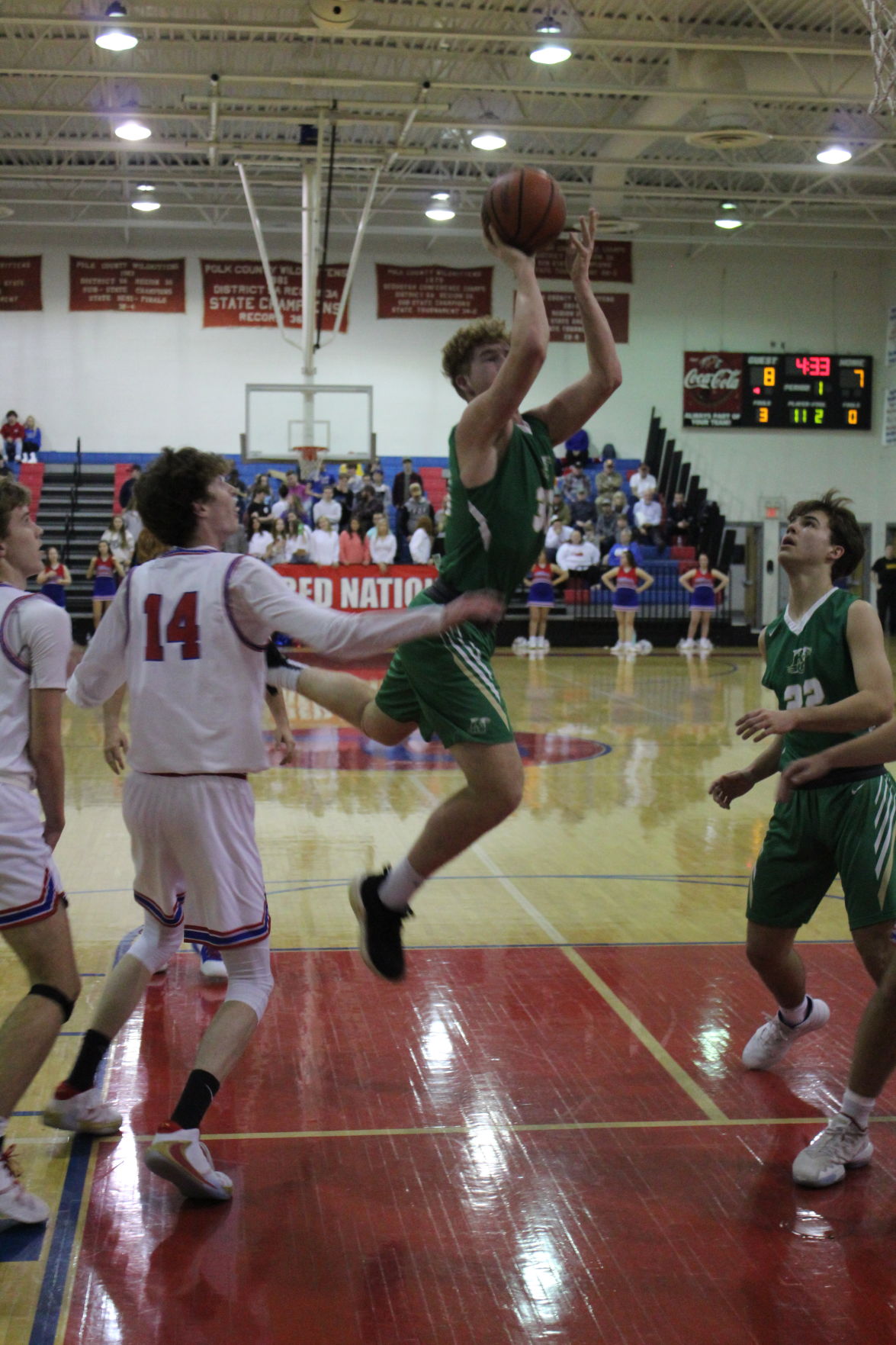 Rhea County’s Ricky Guthrie (32) goes up for a shot during the Eagles’ recent game at Polk County. 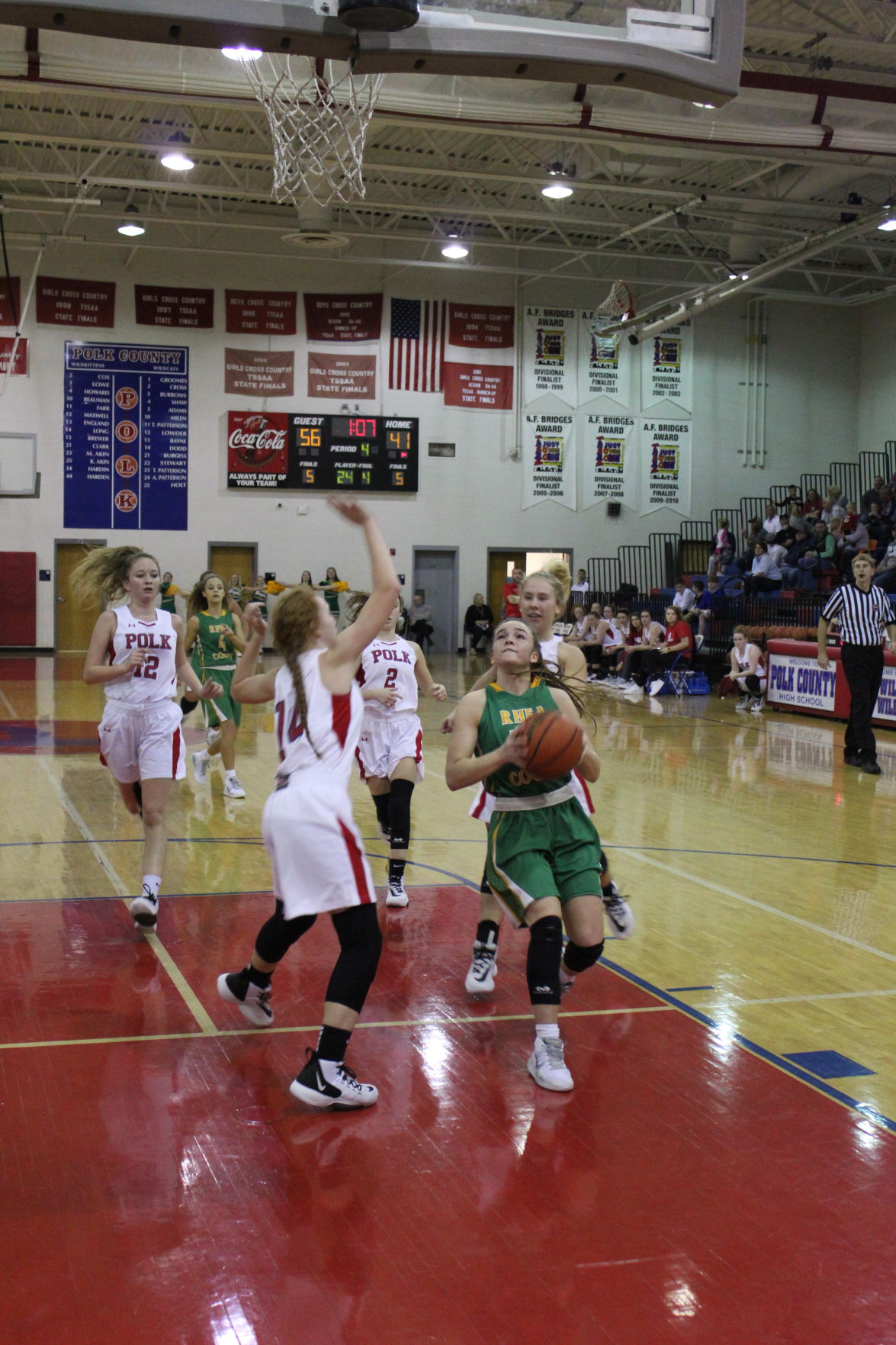 RCHS Lady Eagle Mallory Hampton (22) seeks a layup in the team's recent win against Polk County on Monday. Hampton scored 27 points in the Lady Eagles' 59-31 win over Sweetwater on Tuesday.

Rhea County’s Ricky Guthrie (32) goes up for a shot during the Eagles’ recent game at Polk County.

RCHS Lady Eagle Mallory Hampton (22) seeks a layup in the team's recent win against Polk County on Monday. Hampton scored 27 points in the Lady Eagles' 59-31 win over Sweetwater on Tuesday.

After splitting a pair of games with the Sweetwater High School Wildcats on Nov. 26, the Rhea County High School Golden Eagle basketball teams hit the road to Sweetwater for non-district action on Tuesday evening in search of a 2-0 mark this time, but ultimately, the outcome was the same.

The Rhea girls kept pace by adding 16 more points to the scoreboard, as Hampton and Welch dropped in seven apiece and Cameron tallied two more. The Lady Eagles led 34-19 at the half.

It was more of the same in the second half, as the Rhea girls totaled 14 points in the third and 11 in the fourth to run away from the Lady Wildcats with the 28-point win.

Lady Eagle Notes – Hampton topped all scorers with 27 points, including three 3-pointers. The team combined to hit seven 3-pointers. Cameron had two treys, while Smith and Welch hit one apiece. The Lady Eagles were 4-of-8 from the free throw line, with Welch going 4-of-6 from the charity stripe, as Cameron went 0-for-2.

Kade Vincent, Hunter Brady and Carter Rekoske each drained a 3-pointer in the opening quarter, while Tyler Dupre dropped in a basket to give the Eagles an 11-8 edge headed to the second period.

A cold second quarter for the Eagles, with only a 4-point production, allowed the Wildcats to capture the lead with 15 points and a 23-15 advantage headed to the locker rooms.

The Rhea crew battled to a 12-12 tie in the third period, with six points from Ricky Guthrie and a 3-pointer apiece from Brady and Rekoske. Sweetwater held a 35-27 lead headed to the fourth quarter.

The Eagles outscored the hosting Wildcats 16-15 in the final period, but Sweetwater claimed the 7-point win in the end.

The Lady Eagles and Eagles will open up District 6-AAA play on Tuesday, Jan. 14, when they host the Stone Memorial High School Panthers. The girls’ varsity game is scheduled for 6 p.m., and the boys’ varsity to follow at 7:30 p.m.