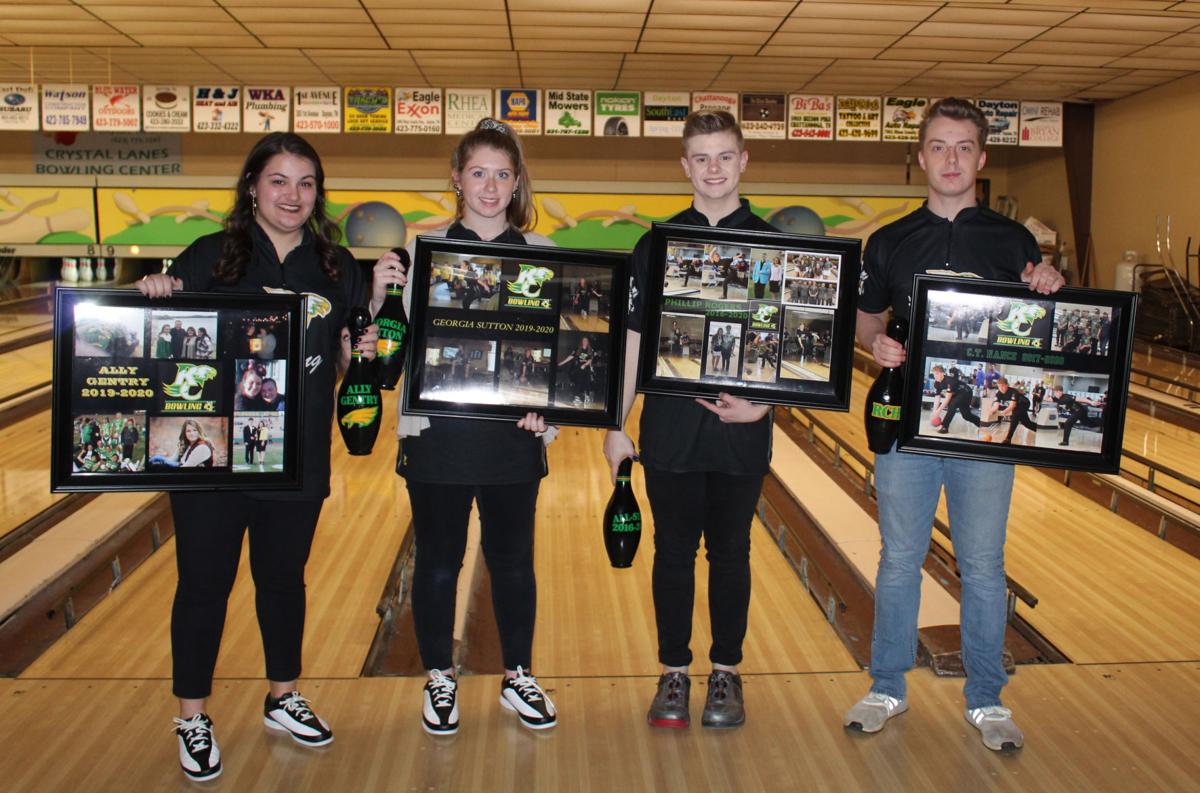 Senior Eagle bowlers were recognized at a recent match on Monday against Soddy-Daisy. Pictured above, from left to right, are Ally Gentry, Georgia Sutton, Phillip Rogers and C.T. Nance. 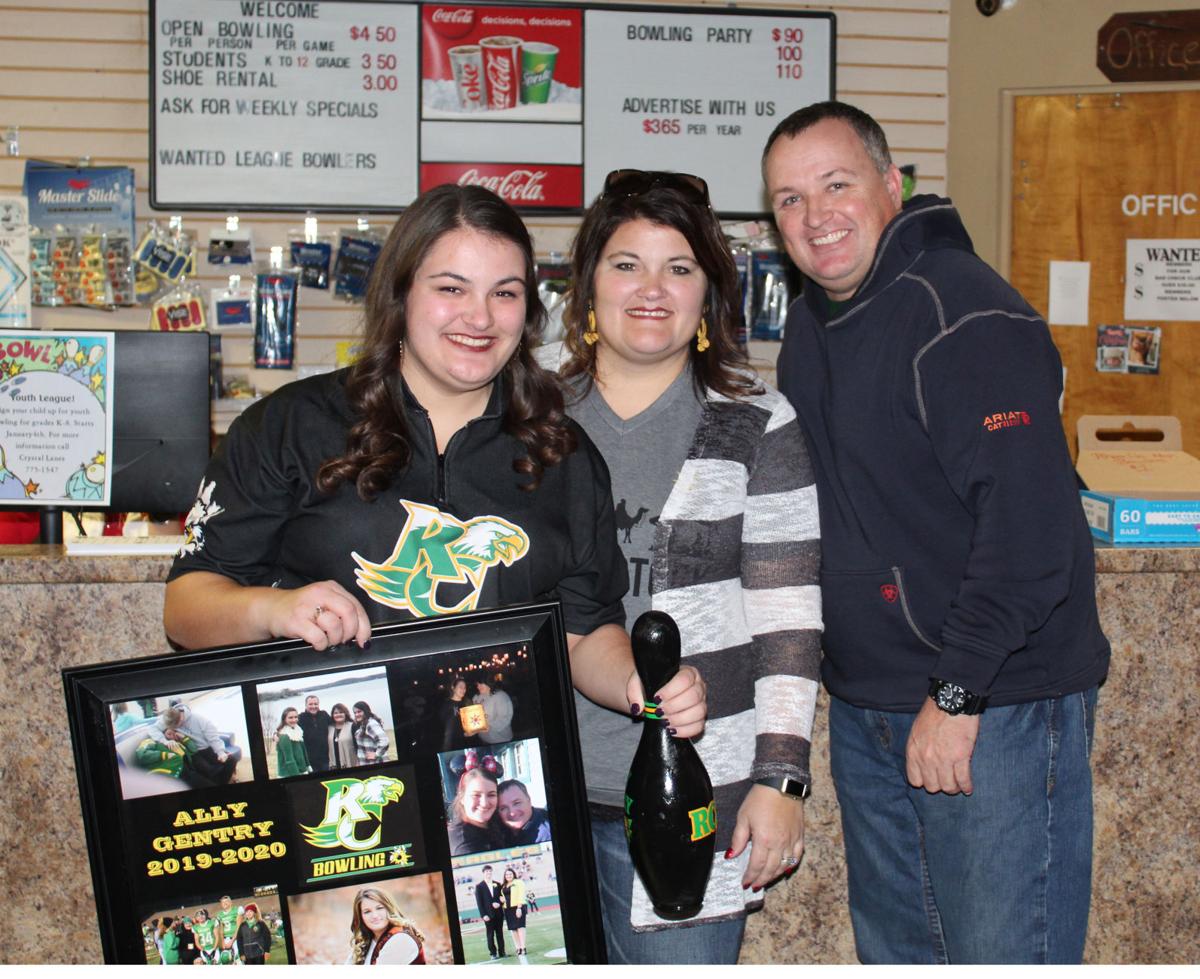 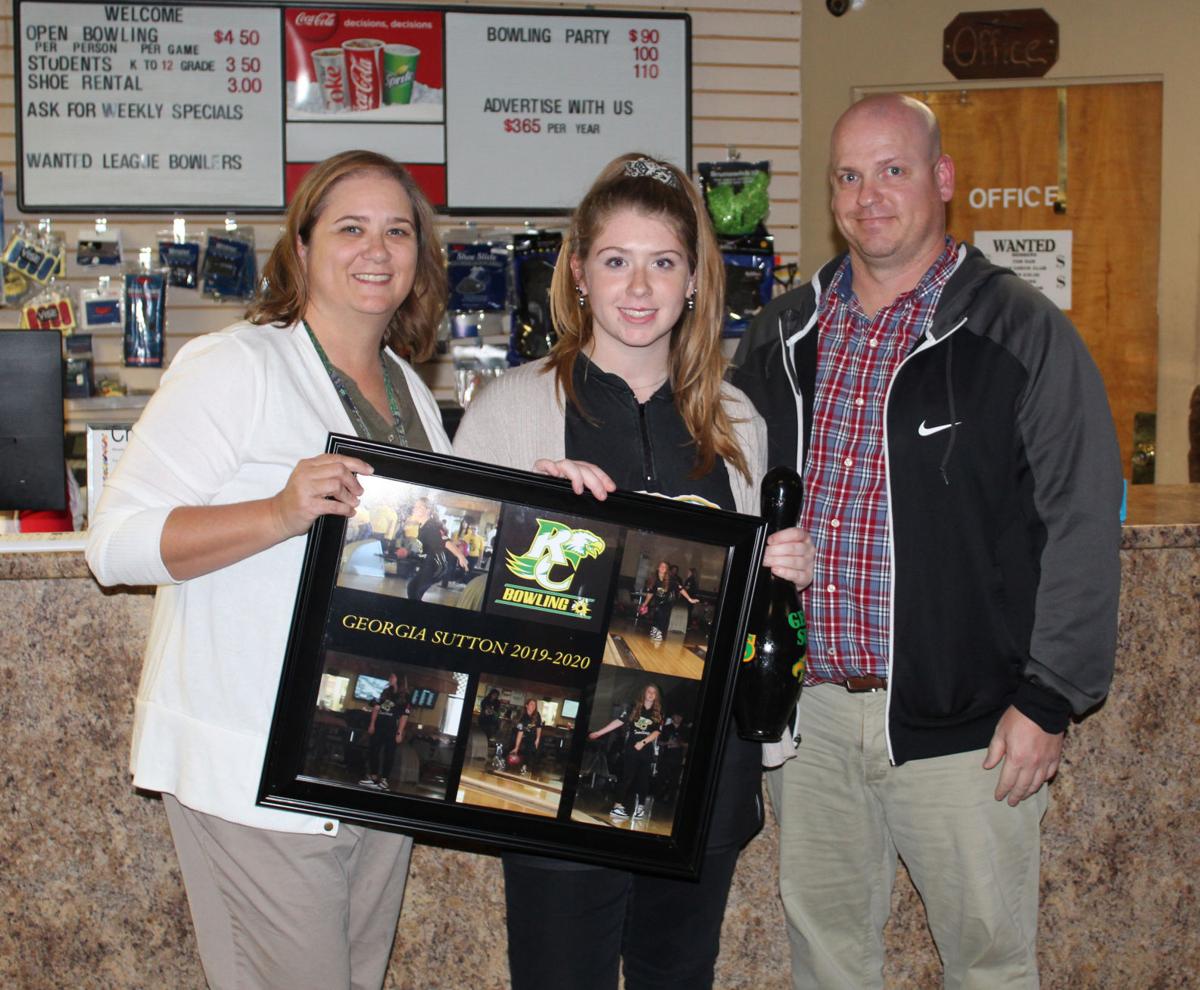 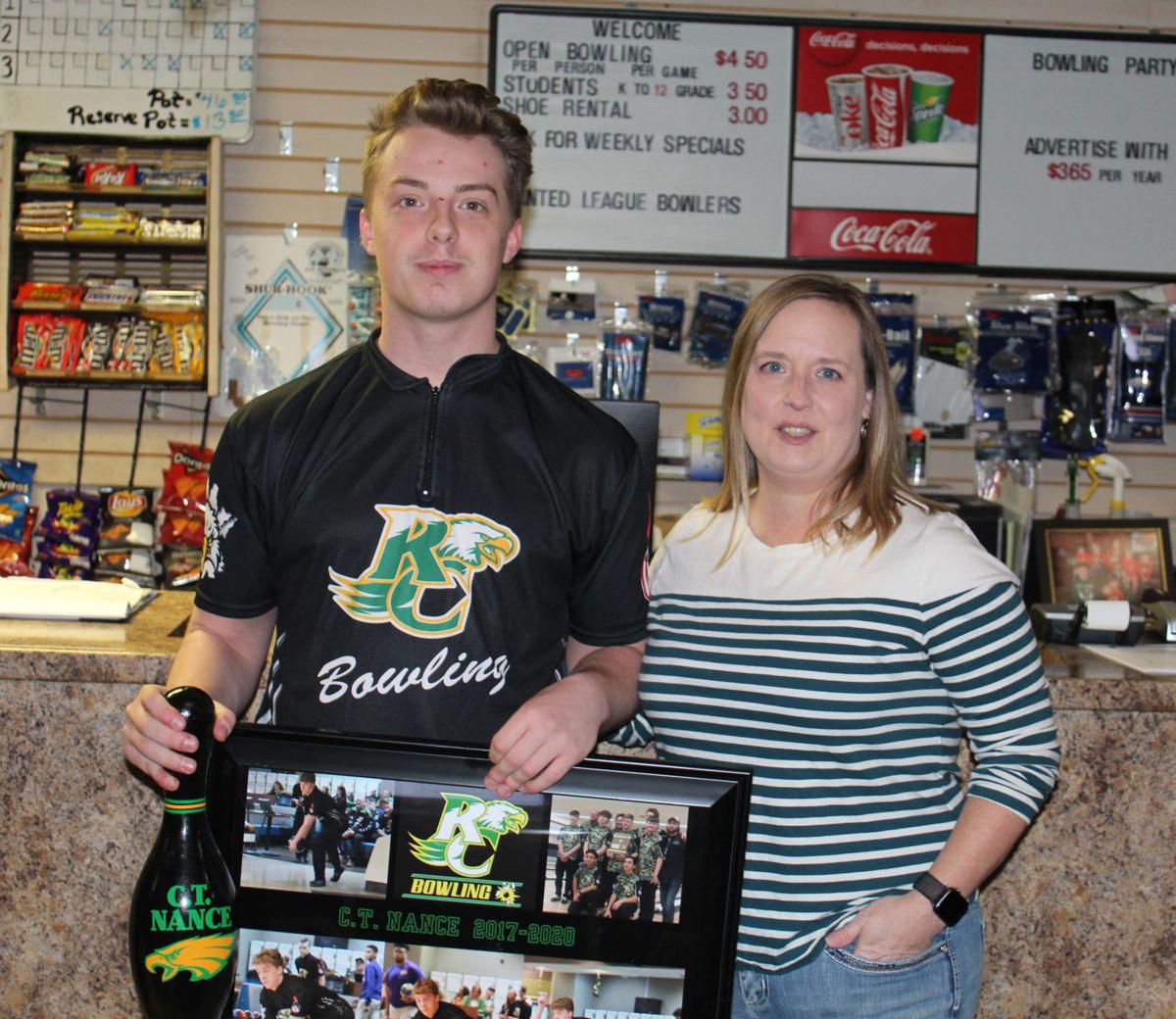 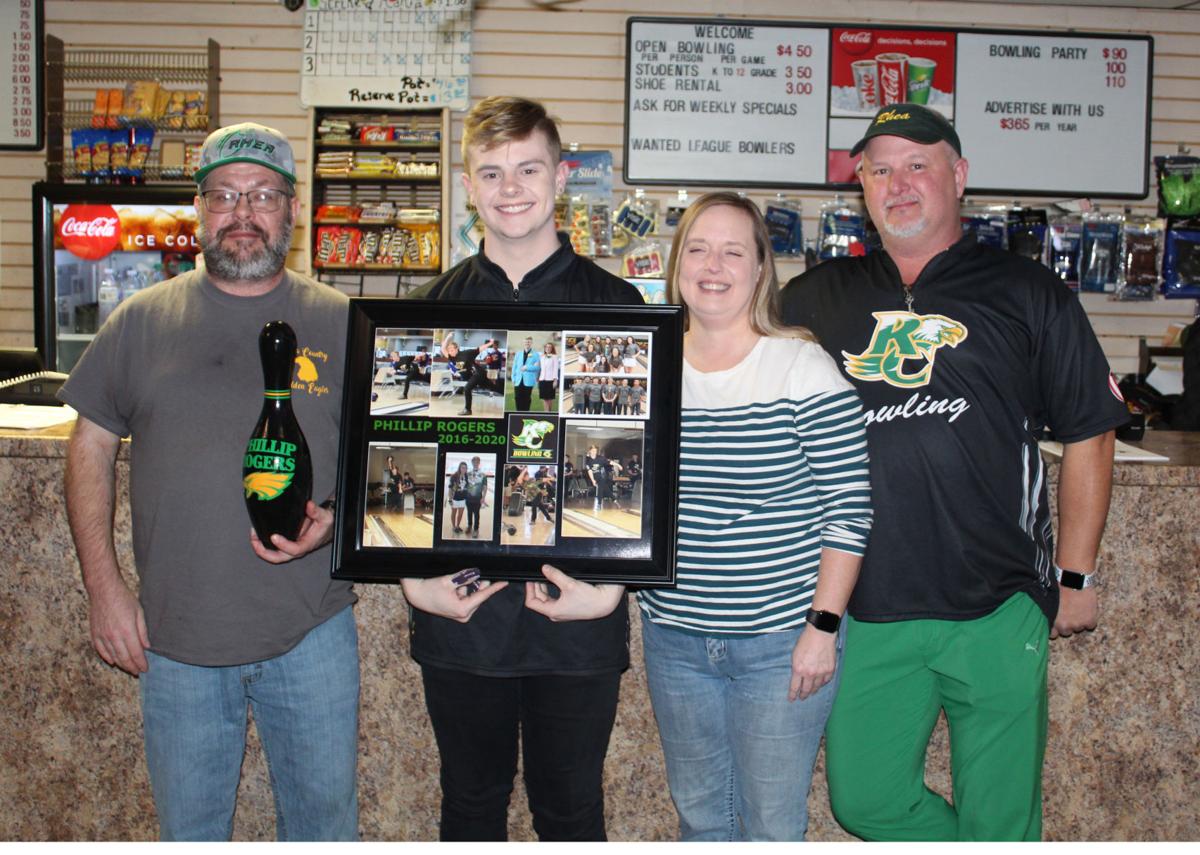 Senior Eagle bowlers were recognized at a recent match on Monday against Soddy-Daisy. Pictured above, from left to right, are Ally Gentry, Georgia Sutton, Phillip Rogers and C.T. Nance.

The Rhea County High School Eagle bowling teams hosted the Soddy-Daisy High School Trojans on Monday in their final match of the regular season at Crystal Lanes Bowling Center, and came away with a 2-0 record.

After the first of three games on the evening, Rhea seniors Ally Gentry, Georgia Sutton, C.T. Nance and Phillip Rogers were recognized and honored with a pin and picture presentation, as family, friends, teammates and spectators gathered around during the ceremony in support of the Eagle bowlers.

In the non-district contest, the Lady Eagles battled to a 19-8 win, while the Eagles rolled past the Trojans 25-2.

The first game of a 3-game series in a match left the Lady Eagles trailing with a 745 pinfall count and six points for Soddy, while the Rhea girls tallied two points and had a 584 pinfall count.

The Lady Eagles rallied in the second and third games to overtake the Lady Trojans and win the match. The Rhea girls’ team collected a 2,160 total pinfall count to Soddy’s 2,016 in the win on Monday.

The Rhea boys’ squad gained a 200-pin count lead in the first game, and tripled the advantage in the second game to take control of the match. The Eagles tallied a 3,104 pinfall count to Soddy’s 2,240 to claim the match win.

The Rhea bowlers have concluded their regular season and now await the district tournament, which is slated for Thursday, January 9, 2020, at 8:30 a.m., in Cleveland, at the Leisure Time Lanes.