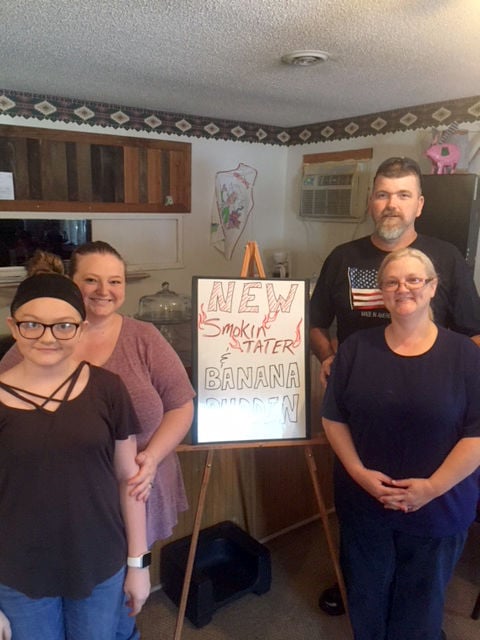 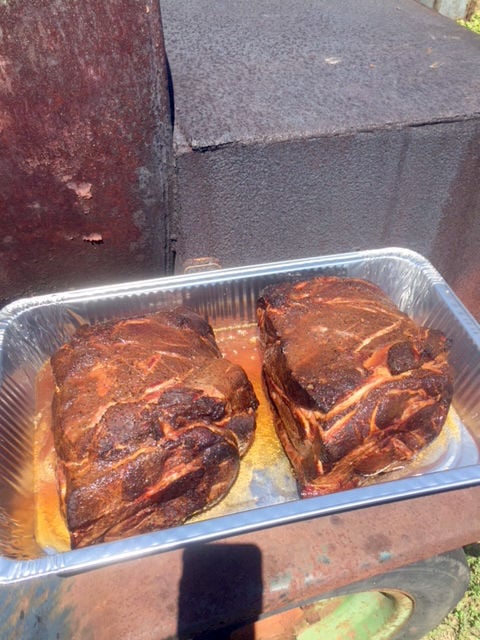 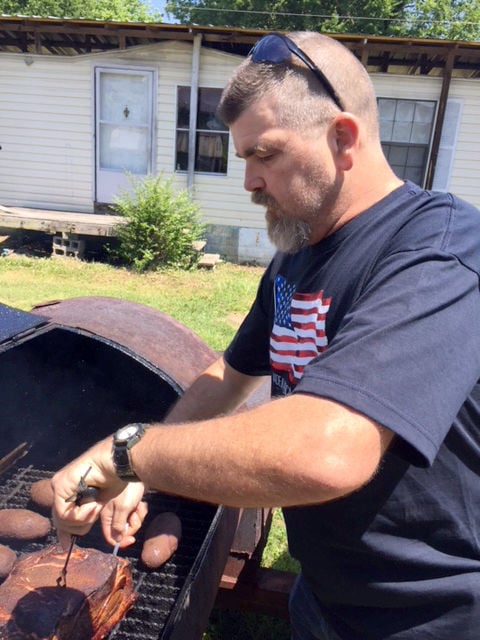 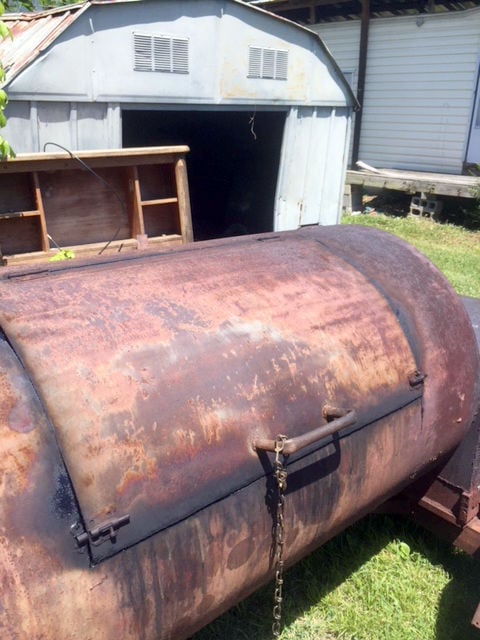 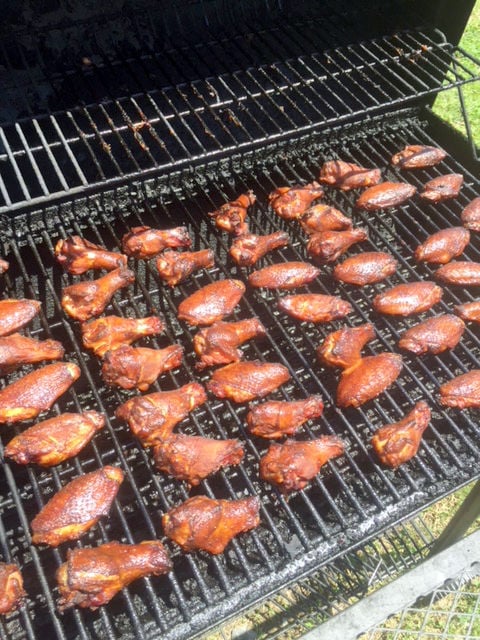 Father’s Day weekend seems to be the perfect time for grilling and barbecuing, and with that in mind I have given you some good ideas for “sides” and few for desserts that will round out your cookout. The sauerkraut salad recipe today is one of my favorites and it goes wonderfully with anything off the grill, particularly hotdogs and brats.

There is a good cucumber salad in the column today, but I am going to give you my secret cucumber salad. I make it a lot and someone always asks for the “recipe.” It, too, is one of those things that goes with everything. All you do is peel and slice the amount of cucumbers you think you will need, slicing them as thin as you can. Then cut u an onion to go with them. Salt it all down, add a tsp. of sugar and a sprinkle of granulated garlic. Cover it and let it sit for about two hours. If you think it has made too much water pour a little of it off, but not too much. Then mix equal amounts of mayonnaise and sour cream and serve it up. Delicious!

And speaking of barbecue, last week I stopped by Johnny Goss’s new place called D-Daddy’s which he and his family run in the Seesengood’s Restaurant building across from We Care at the foot of Dayton Mountain and had a delicious barbecue lunch. They use old family recipes and secrets along with a special no-carb sauce Johnny created especially for diabetics and other people who have sugar concerns. It is just delicious. While there I got to meet “Ugly Betty”—Johnny’s trusty smoker. He says, “She may be ugly, but she knows what she’s doing!” I could not agree more. Johnny told me a secret or two and gave me persimission to share one of them with you today. Look for it. Get by there as soon as you can!

And since this is Father’s Day weekend, I offer the following prayer in honor of fathers everywhere and in memory of my own father, Earl David Daugherty, Sr. (+1977), whom I lost all too soon.

Let us praise those men who have no children, but cherish the next generation as if they were their own.

Let us praise those men who have “fathered” us in their role as mentors and guides.

Let us praise those men who are about to become fathers; may they openly delight in their children.

And let us praise those fathers who have died, but live on in our memory and whose love continues to nurture us.

D’Daddy’s Secret for Tenderizing Meat on the Grill

If you have a tough cut of meat that needs tenderizing, Put a generous amount of sliced citrus fruit (any kind) directly under the meat while smoking it. Johnny puts his under the grate on which the meat rests so it is under the meat but not in direct contact with it. The idea is that the citric acid infuses into the meat and tenderizes it naturally.

Drain kraut. Add vegetables into the bowl with the kraut. Heat sugar, vinegar and oil together until the sugar melts. Cool. Mix all together and refrigerate. Best if made the day ahead.

Richard’s Note: This is that delicious cucumber salad that used to be served at Watts-Bar Restaurant, and it is one of my all-time favorites. I make this throughout the year but always in summer!

Dissolve Jello in boiling water and stir in other ingredients, which have already been prepared. Pour into Pyrex dish and serve. (Helpful Hints: Don’t peel the cucumber, and squeeze out excess cucumber juice to make one cup of grated cucumber.)

Salt and pepper to taste

Saute onion and celery; add ground beef and brown. Drain mixture. Add all other ingredients and stir well. Pour into a casserole dish and bake at 350° for 45 minutes to one hour or until bubbly.

Brown ground meat, bacon, and onion. Add other ingredients. Bake at 350° for an hour.

1/4 cup diced green pepper (you can use red, I only had green)

Combine all ingredients and pour into a greased casserole dish. Bake at 350° for one hour and 20 minutes.

Note: Stays in the frig up to two months!

Mix cucumbers, onions, peppers and salt; set a side. Put vinegar, sugar, celery seed and mustard seed in a pot and bring to a boil. Remove from heat and let cool for one hour. Pour mixture over cucumbers. Put in jars and store in refrigerator. Will keep up to two months. Makes two quart jars

Richard’s Note: This is one of my go-to cakes, particularly in hot weather. Everyone loves it and there is never a trace of it left over! It is an adaptation to the “real thing” but believe me it is every bit as good, and maybe even better!!!

Richard’s Note: I can’t remember who sent me this but it makes a good cake. No amounts of milk were given, but just use the measurements in the other Tres Leches today!

I used vanilla cake. Follow directions or use applesauce instead of oil. Put oranges in bottom of pan then cake mix and bake. When done let it cool. Poke holes in it with toothpick. Pour half and half, evaporated milk, sweetened condensed milk mixture over it and let it soak in. Mix pudding and whipped cream together. I used white chocolate pudding. That’s your frosting. Then add more mandarin oranges on top and refrigerate.