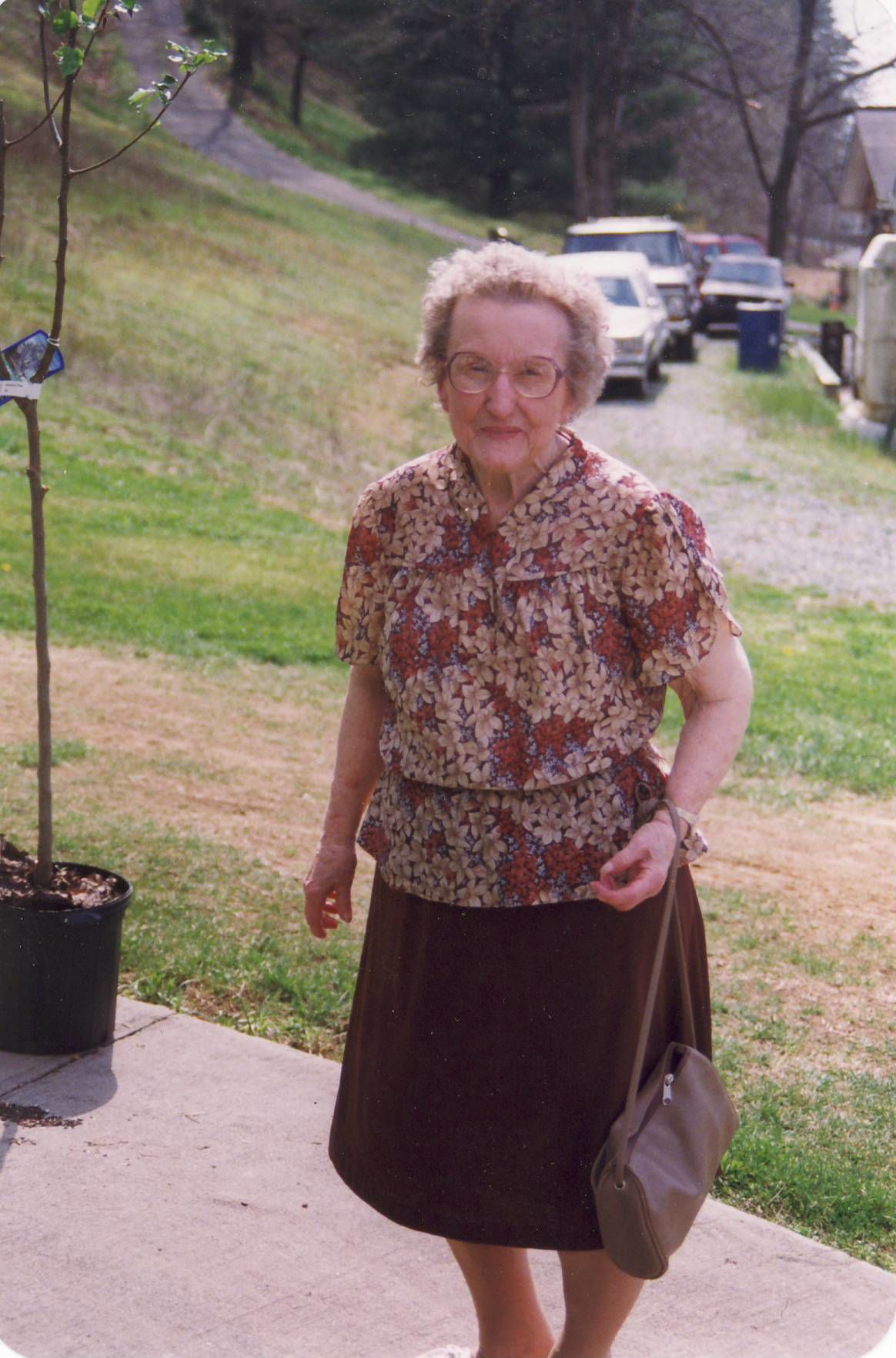 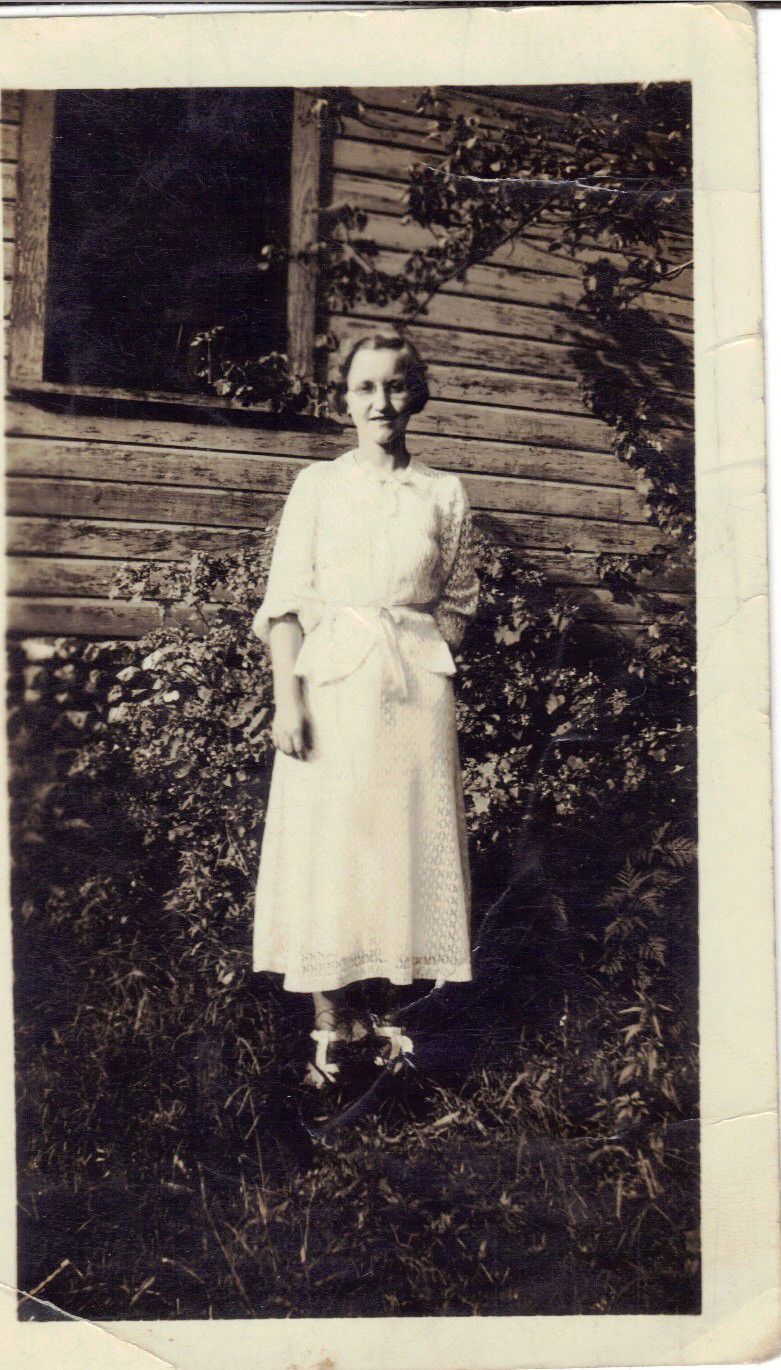 Not long ago, my friend Donna Travis Davis mentioned one of her mother’s recipes on Facebook, and it certainly caught my attention. Donna and I were classmates, and I had been to their house any number of times back during high-school years, so I knew what a good cook her mother was. So when I asked Donna if she would consider doing a column about her mother’s recipes, and she agreed, I was thrilled! The column today is all Donna’s work and is a wonderful tribute to her mother, Ruby Travis. I know that you are going to enjoy the column today, and if you are like me, you are going to want to cook everything in the column!

“My Mama was the Best Cook”

I grew up in the 50’s and 60’s, when dads went off to work, moms stayed at home, the whole family went to town to “trade” (we now call it shopping for groceries) on Saturday and almost the entire community went to church Sunday morning and Sunday night! It was a slow-paced time – the best time to grow up, especially in the small town of Dayton, where neighbors visited each other, and everybody was a neighbor!

Some of my favorite memories from that time are of the delicious creations my Mama whipped up in her kitchen. Mama had lived in an orphanage since the tender age of six, so most of her cooking ability came from trial and error. She said when she married Daddy that the sisters-in-law taught her a lot and shared recipes with her. I think Mama was just born with a natural ability to cook; she could take just a few ingredients and have a delicious buffet prepared before you could bat an eye. Her kitchen was her domain; her apron, a royal garment. She wore the apron proudly and maintained her domain with the utmost care and pride.

We didn’t have a lot of money, but Daddy planted a huge garden every spring, and the harvest was so great that he shared with neighbors, friends and family. Mama kept busy all summer, canning, pickling and making jams and jellies. She was always so proud of her accomplishments; after a full day of canning, she would sit down to rest and keep her ear tuned to the kitchen to hear the popping sound the jar lids made when sealing. She always kept a running count in her head, so she knew if all jars successfully sealed. She canned tomatoes, green beans and corn; she made rich tomato-based soup starter for cold winter days ahead.

From our old apple tree out back, she cooked apples and made apple pies. I can still hear the sizzling of her fried apple pies and smell the cinnamon as the pies browned in the bubbling hot oil. She sent us kids up on our hill to pick blackberries, from which she made blackberry jelly and blackberry cobbler.

When Mama got ready to make pickles, she would place a huge, round galvanized tub in the kitchen and fill it with some sort of water and salt mixture. Then she placed the cucumbers in the tub and left them to soak for a period of time. There were many other steps to the process that I have since forgotten. What I have not forgotten, however, is the taste of those delicious homemade pickles! She made dill pickles and bread and butter pickles that were so crunchy and sweet, they were almost as good as candy!

In the winter, when we kids were in school, we came home to the wondrous aroma of Mama’s beef stew, chili or vegetable soup, simmering on the stove. She always had homemade cookies or cake ready for us as an after school snack. Mama loved sweets and I ‘inherited’ that trait from her! She was always trying new recipes that she found in a magazine or that one of my aunts sent her. Her ‘arsenal’ of homemade goodies included Chocolate Chip Cookies, Old-Fashioned Tea Cakes, Chocolate Oatmeal Cookies, College Fudge Squares and many various kinds of cakes and pies.

In a big iron skillet, Mama made a plain cake which she called a One-Egg Cake. She never iced it, but cut it in pie-shaped wedges, warm from the oven, split the pieces and put butter on them. It was delicious!

Mama also made the best fudge I’ve ever had in that same iron skillet. It was cocoa, milk, butter, sugar and vanilla and required a lot of stirring. This, along with popcorn, oozing with melted butter, was our treat on snow days when school was out. Needless to say, we were always praying for a snow day!

We had other things besides sweet stuff, but of course that is what I remember so well! Our Sunday dinners were wonderful – lots of times, relatives would come home from church to eat with us. We almost always had slaw for Sunday dinner. On Saturday, Mama began cutting a head of cabbage with a small paring knife. She patiently sat and cut the cabbage very fine until she finished the entire head. Then, she added the ingredients to make the tastiest, creamiest slaw ever. Along with the slaw, we usually had roast beef, mashed potatoes, green beans, homemade biscuits or cornbread, sweet tea and a couple of pies and a cake. Mama knew which desserts we each liked and she tried to fix a couple of our favorites for each Sunday meal.

Breakfasts at our house were as big a deal as dinner and supper. Mama made homemade biscuits or pancakes every morning. These were served with eggs, gravy and pork tenderloin, ham or bacon and the hottest, strongest coffee in America. I remember going away to youth camp one year and being so excited because we could have doughnuts and chocolate milk for breakfast. My friends were excited because they could have biscuits!! I guess I took my Mama’s yummy breakfasts for granted!

I have so many special memories from that time period; perhaps the most magical is Christmas! It was a favorite season for my Mama and Daddy, and that excitement and love for the season spilled over onto us kids. Days before Christmas, Mama was in the kitchen almost all day, baking special goodies that she only made once a year. A favorite of Daddy’s was Mama’s applesauce cake with the caramel icing. The top was covered with English walnut halves and at that time, it was the prettiest cake I had ever seen. The aromas drifted from the kitchen and throughout the house, filling up all the spaces with the magic of the season. On Christmas Eve, Mama baked our Christmas ham and made her delicious potato salad – a memory that is so special to me that I still keep the tradition of ham and potato salad on Christmas Eve!

Our friends loved to come and visit in hopes that Mama would invite them to stay for supper, which she often did. It was not unusual to have an extra guest or two at our table. Even if they just received cookies or a piece of cake and some of Mama’s syrupy sweet tea, no guest ever went away hungry. Some of my cousins later confessed that they dropped by just to have some of Mama’s sweet tea.

To this day, when I catch a whiff of some of those aromas from my childhood, I am transported back over the years to a simpler time. Then I am very thankful for that brief reminder of a time that passed way too quickly.

Roll in flour, salt and pepper, one and one-half to two pounds of lean stew meat. Heat two tablespoons oil in deep soup pot. Brown floured stew meat and small onion, chopped fine, in hot oil. Stir one tablespoon flour in the hot oil until mixed well. Add four and one-half cups water, mixing well. Cook over medium heat until mixture begins to boil, stirring constantly to avoid lumps. Cook on low for two or three hours until meat is tender. Add more water, if mixture becomes too thick. When meat is tender, add potatoes (four or five medium-sized, cut in chunks) and carrots (four or five, sliced) and cook until vegetables are done. Serve with hot cornbread and butter! (NOTE: Additional seasonings may be added, such as parsley, basil and/or celery flakes.)

In large mixing bowl, place two cups self-rising flour. With your fist, hollow a ‘well’ out in the bottom of the bowl and add shortening about the size of an egg. With your fingers working in a circle in the ‘well’, mix shortening and flour until well blended. Add buttermilk a little at a time, mixing well after each addition (either with your fingers or a fork) until a soft dough is formed. Place the dough on a floured surface and roll out about ¼ inch thick. Cut into circles and place in greased baking pan. Bake in preheated oven at 400° until top of biscuits begin to brown. (NOTE: To make Mama’s Cinnamon Rolls, follow the above instructions, but do not cut into circles. When dough is rolled out, sprinkle with sugar and cinnamon and drop small pieces of butter on the dough. Roll up and slice with a sharp knife in ¼ inch circles. Place circle flat on greased baking sheet and bake in preheated oven at 400° until done.)

Stir over medium heat until mixture comes to a boil. Cook, stirring constantly, until a drop of the candy forms a soft ball in cold water. Remove from heat and add one teaspoon vanilla and one-half stick margarine or butter. Let cool till skillet is cool enough to touch; then beat with wooden spoon until candy loses its gloss and begins to thicken. Chopped nuts may be added at this time. Immediately spread in buttered dish and cool.

Butter, the size of an egg

Combine sugar and butter and mix until creamy. Add egg and applesauce and mix well. Sift flour, soda and cocoa together and add to sugar mixture. Mix in raisins, cinnamon, cloves, nutmeg and bake at 350° until toothpick inserted in cake comes out clean.

Mix together and boil until soft, ball stage. Meanwhile mix one stick butter and one-third cup flour. Add flour and cocoa mixtures together and beat until fluffy. Spread on fudge squares.

Cream shortening and sugar until smooth. Add egg and vanilla; then beat in milk and flour. Pour batter into 9X9 pan and bake at 350° until toothpick inserted in center comes out clean. Serve while warm. (NOTE: Mama used to bake this in a large iron skillet and we would slice it and butter it while it was hot! It was delicious!)

Chop one head cabbage into very fine shreds. (Mama always cut hers with a paring knife – she usually cut the cabbage on Saturday and then added the other ingredients on Sunday before serving it for Sunday dinner!) Mix in one teaspoon vinegar, one tablespoon canned milk, enough mayonnaise to make creamy mixture, and salt and pepper to taste. Keep refrigerated until ready to serve.