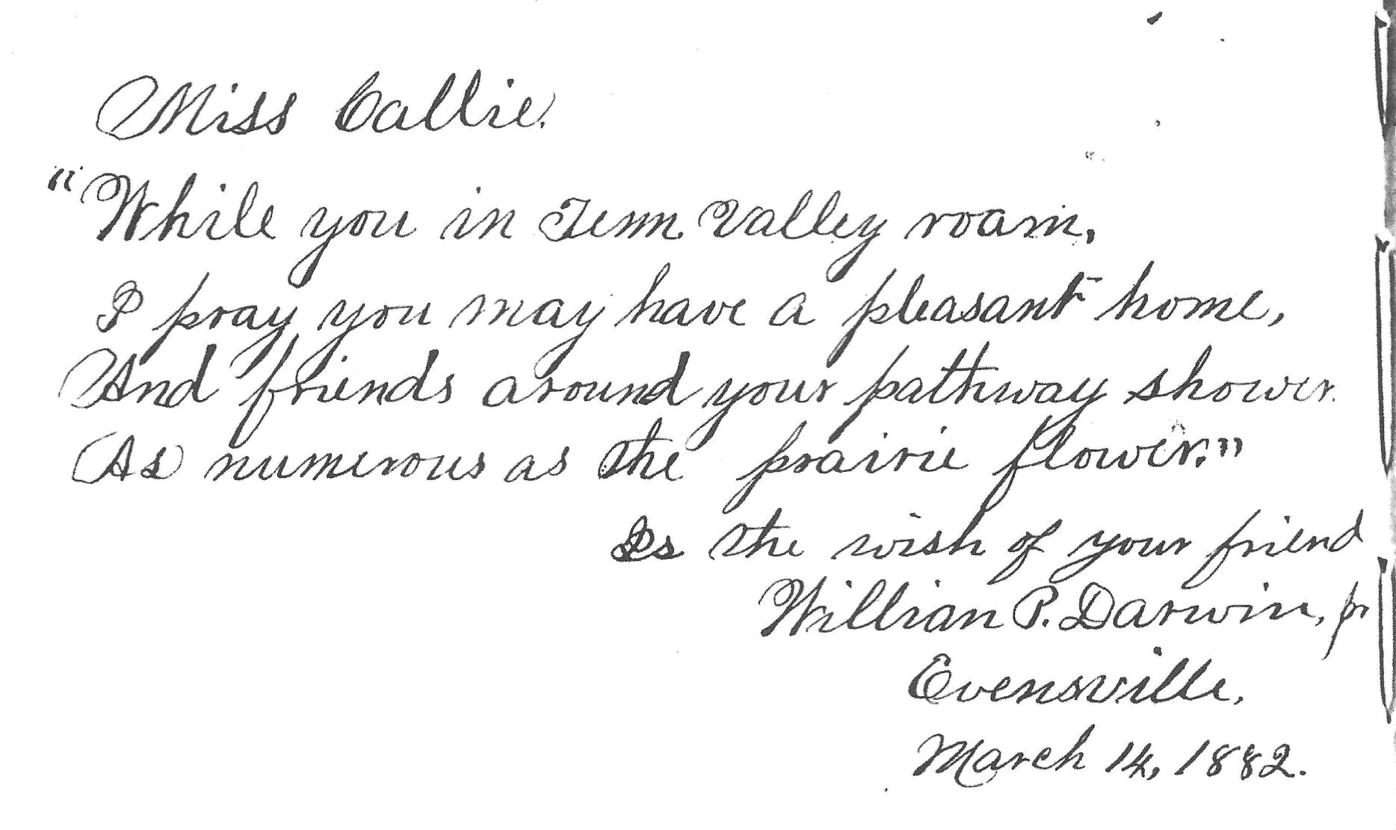 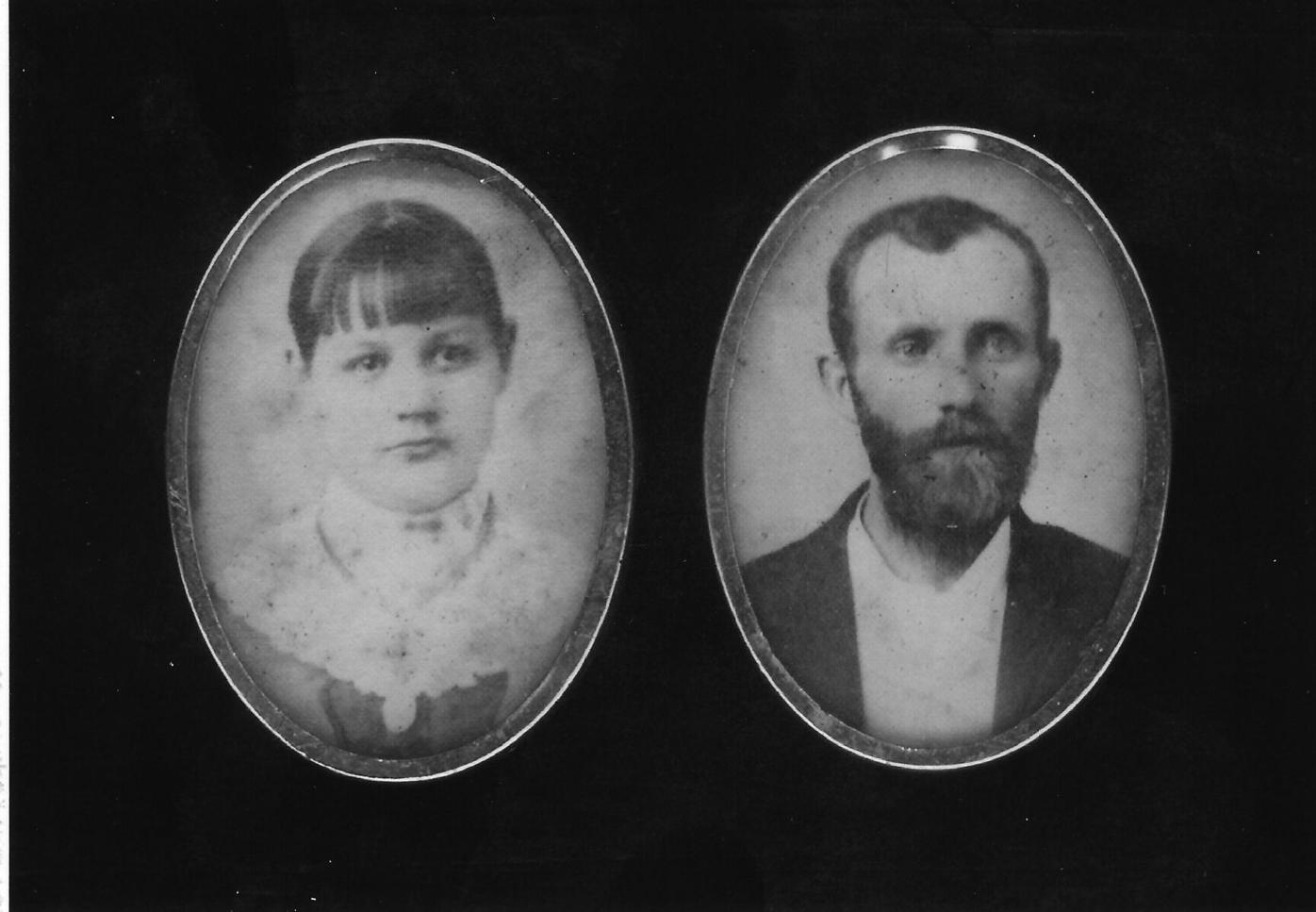 An entry from the Morgan Company ledger was made during 1915, with the customer being R.L. Thomison. The notation shows that he bought a mattress for $9.50 on November seventeenth; he also purchased two yards Hemp pieces for $1.00 and paper for $1.80 on February sixteenth. Payment was made on January third and March first by check, with the account being paid in full on the first of March. One of R.L. Thomison’s brothers, Dr. Walter F. Thomison, is shown to have purchased a mattress from Morgan Brothers on March 30, 1916. The cost for the mattress was $9.50; he also bought other items on September ninth and December 22. These items included something in the line of art for $6.00, and three poles for a cost of $.45. All of the purchases were paid for by January 1, 1917.

Robert Lewis Thomison was a son of William Preston and Nancy Smith Thomison of Washington, Rhea County. (W.P. and Nancy were my great, great grandparents). Robert was a merchant in Washington, and married Callie L. Greer on April 24, 1883. Callie was a native of Pikeville, and according to the Compendium of Rhea and Meigs Counties, 1808 through 1850, he was twenty-eight and she was eighteen years old when the marriage took place. Robert and Callie had a son, Walter B., who was born on January 2, 1887, and died on July ninth of that same year. Rhea County Cemetery Records, Volume Two shows that Callie was born on March 25, 1865, and died January 9, 1887. The records also show that the son of Robert and Callie died the same day as Callie; possibly her death could have been related to childbirth. Robert, Callie, and son, Walter, are all buried in College Hill Cemetery.

Robert then married Addie (Ada) Robinson in 1894. Ada was born March 25, 1865, and died on November 20, 1902. This union produced two children; they were, John, born August 1884, and Mabel, born January, 1894. John married Mary, and his two children included John and Locke. John lived in Nashville, and Locke lived in Chattanooga, then Atlanta. Mabel married Walter Brannan, and lived in Greeneville, Tennessee. Walter and Mabel had one daughter, Jane, who married Harold Dalsheimer, and lived in Oklahoma City, Oklahoma. Both she and Harold have passed away, along with her mother and father. Mabel (1894-1977) is buried, along with her mother Ada, alongside Robert, Callie and Walter B. in the College Hill Cemetery.

My family had a locket and friendship book, which belonged to Callie (Robert’s first wife), which I gave to Locke Thomison for distribution to Callie’s namesake in the family. The friendship book seemed to be from Callie’s time at Tennessee Valley College, since that appeared on the inside page; the locket was evidentially a wedding gift from Robert to Callie, with their two pictures inside and the inscription, Bob to Callie. One of the entries in Callie’s book was the following: Miss Callie, “While you in Tenn. Valley roam, I pray you may have a pleasant home, And friends around your pathway shower, As numerous as the prairie flower.” As the wish of your friend, William P. Darwin, Jr., Evensville, March 14, 1882. Callie also wrote an introduction in the front of the book, and had many friends who signed and wrote something to her so that she could have memories of her many friends for a long time to come.

William P. Darwin, Jr. was William Peyton Darwin, oldest son of William Perry and Adelia Gillespie Darwin, who were also my great, great grandparents. William Peyton married Caroline Waterhouse, and one of his children, Audrey Neilson Darwin Denton, was the mother of Guy Denton, who resided in “Old” Washington.

Memory or friendship books were very popular during the late 1800’s, and give us great insight into life during that time in our history. It is amazing how many stories an old ledger from a furniture store can produce. There are dozens and dozens of stories yet to come from the information in the records of a store which is more than one hundred years old. It is surprising to find out the names of families who bought goods from the Morgan Brothers, and how many of those customers still have relatives living in the Rhea County area! This ledger is truly a window into the past, and will give us an idea of what life was like during the early years of commerce in our area. We should study our past in order to live in the present and to prepare for the future.