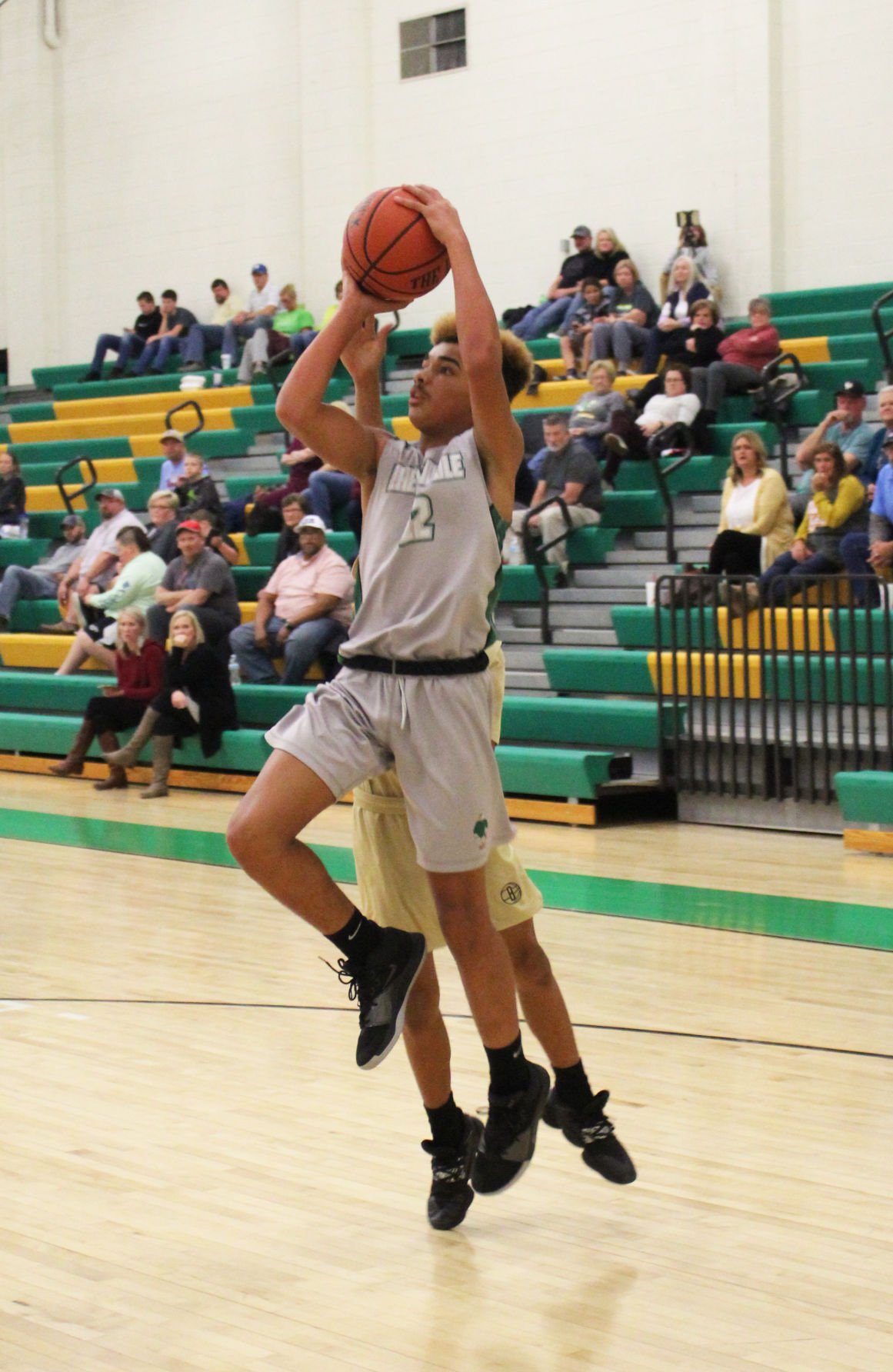 Rhea Middle’s Kaleb Martin (12) goes up for a shot during a recent game. 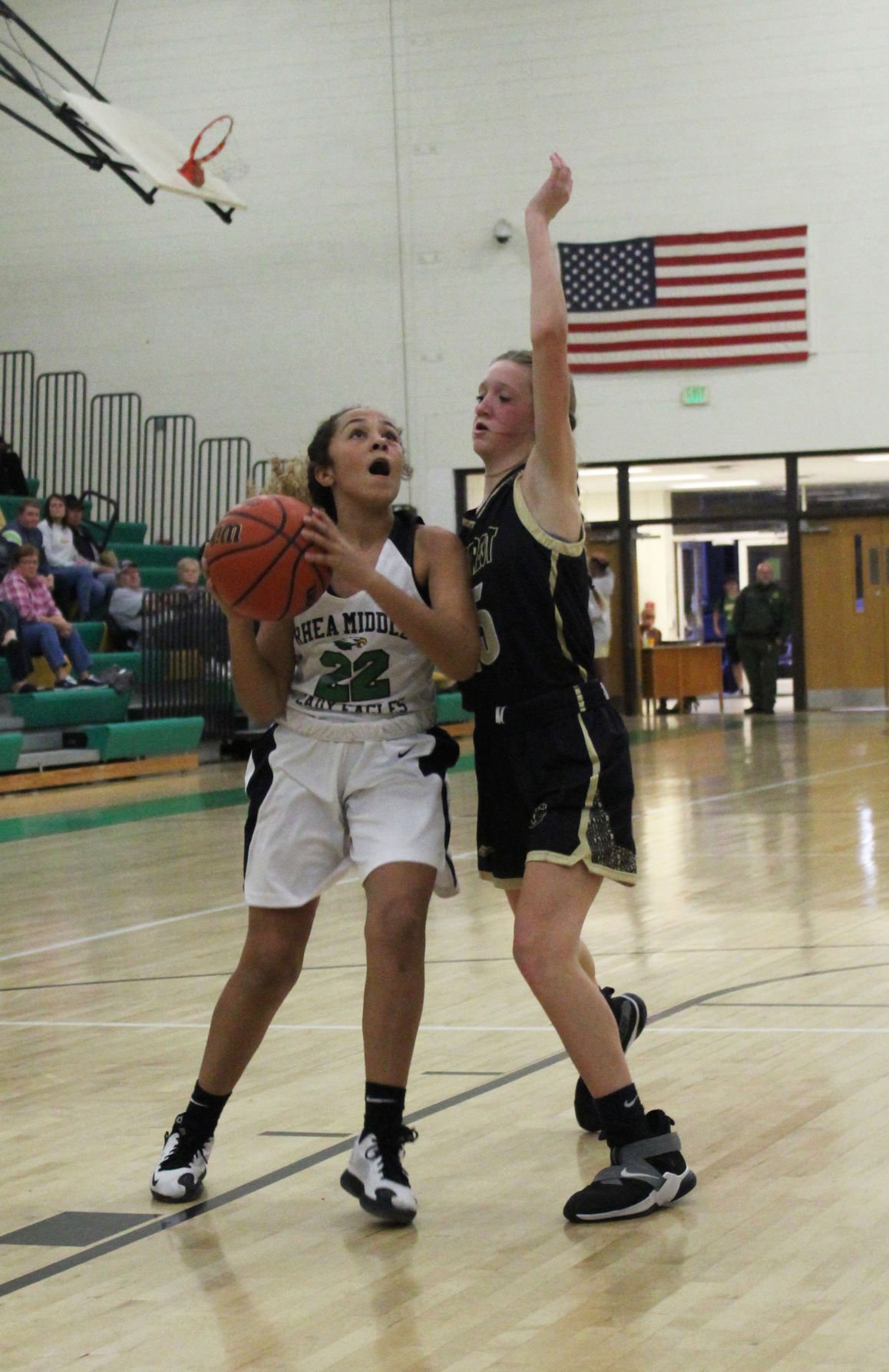 Summer Jenkins (22) goes in for a layup during a recent Rhea Middle School Lady Eagles game.

Rhea Middle’s Kaleb Martin (12) goes up for a shot during a recent game.

Summer Jenkins (22) goes in for a layup during a recent Rhea Middle School Lady Eagles game.

The Rhea Middle School (RMS) Eagle basketball teams hosted the Englewood Elementary School Rams in Evensville on Monday, and suffered a pair of setbacks, as the Lady Eagles fell 51-21 to the Lady Rams, while the RMS boys’ squad lost 46-39.

The Englewood girls jumped out to a 20-5 first quarter lead and kept their foot on the proverbial gas pedal, as they won three out of four quarters to win the game.

The RMS girls won the third quarter 9-7, with point contributions from Lainey Fitzgerald (4), Emma Reeves (3) and Isabella Scott (2). Scott sank a 3-pointer in the fourth period, while Fitgerald knocked down one in the opening quarter.

Briley Mayberry paced the Eagles with four points in the first period to help RMS take a 10-8 lead into the second quarter. Other Rhea contributors in the first were Kaleb Martin (2), Sean Norman (2) and Maurice Shirley (2).

The Eagles led 24-16 at the half. They won the first three quarters and held a 37-27 lead headed to the fourth quarter. The final period wasn’t kind to RMS, as the Eagles’ leading scorer, Martin, fouled out and Englewood outscored the hosts 19-2 to secure the win.